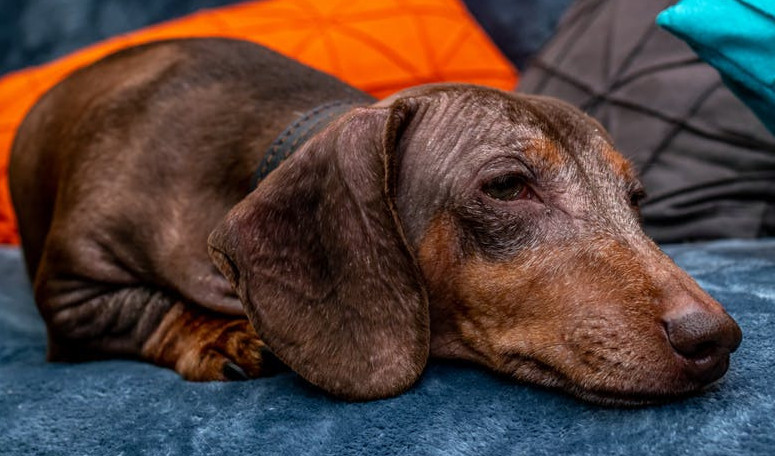 If you’re like me, you think you know how a stroke looks. But did you know it could be something else? Something even more common than stroke?

When Paul was struck, it happened without warning and progressed quickly within a very short period of time. Did my dog have a stroke? Well, considering his symptoms and what I knew about stroke in humans, it certainly looked like a stroke. So, I researched dog stroke symptoms as quickly as possible to learn all I could in order to help Paul. What I learned was quite surprising! Moreover, what I learned may have saved his life.

Paul woke me up around midnight as he sometimes does, by smacking his lips. This lets me know that he is thirsty and needs a bit of water. So, I climbed out of bed and carried him to the kitchen and placed him down in front of his water bowl. While letting him get to the task at hand, I allowed myself a quick potty break.

Upon my return to my little man, I noticed he was unable to stand steady at his bowl and he couldn’t drink from it. So, I attempted to straighten his body and put him into a stable drinking position. I thought that perhaps he was not yet completely awake and hadn’t found his balance. As soon as I attempted to lift him a few centimeters, his body twisted in my hands and he plopped back to the floor and rolled over. A bit startled, I tried it again and got the same result. however this time, he cried out!

Something was clearly wrong. I managed to get him in my arms to bring him to the living-room. Once there, his symptoms progressed with lightning speed. He tried to stand but couldn’t. And each time he tried, he ended up rolling and twisting about on the floor. At the same time, he was crying out in terror, his eyes were rapidly darting from left to right, and he must have vomited four times within the course of 10 minutes. Finally, I saw his head tilt to the side and he couldn’t straighten it out.

All of this happened within minutes of his waking.

IT WAS THE MIDDLE-OF-THE-NIGHT …

… around 1:00 a.m. on a Sunday. No veterinarians waiting by the phone to hear my desperate cry for help.

By this time, my husband was also awake and found a few phone numbers for emergency veterinarians. Every call he made was either answered by a machine (all but one) or answered by a person who insisted we must drive 45 minutes to bring Paul in. We had no idea how to get Paul ready and able for such a ride. He was in no condition for it and the veterinarian had no suggestions how to make him more comfortable. What a nightmare! This nightmare of calling, leaving messages, waiting and praying continued for some hours.

There was very little sleep that night. Maybe 15 minutes here and there when Paul passed out due to exhaustion. So In between trying to hold my pup steady to calm him and his short naps, I managed to do some quick research on the symptoms of dog stroke.

The information I gathered seemed to point in the direction of stroke.

My heart sank as I matched symptom after symptom to Paul. Clearly not all of them … but several. Nevertheless, it didn’t seem conclusive enough to me. The main thing was that Paul appeared to be very much aware of what was happening and there was no sign of paralysis. It appeared as if he was being attacked by extreme vertigo. So I continued to research. Looking further down the search results list of dog stroke symptoms, I saw the words “Vestibular Syndrome.”

WHAT IS VESTIBULAR SYNDROME?

Vestibular syndrome, or otherwise known as “Old Dog Disease,” has symptoms that mimic dog stroke symptoms in many ways. It can have a number of different causes (from a severe ear infection or a metabolic disorder, to trauma, to brain tumor and more), but in most cases, a cause can’t be found other than that the dog is old. Thus the name “Old Dog Disease” or to be more precise, “Idiopathic Vestibular Syndrome.” Paul’s overall health has always been quite good and he has never had to take medication long-term for any health problem. However, his age is estimated to be between 13 and 16. That’s rather old in dog years!

However, compared to stroke, the prognosis for dogs with Vestibular is much more positive. Most dogs recover after a few days to a couple of weeks. Some dogs may never lose the head tilt completely, but other than that …

SO, WHY BE CONCERNED?

Well obviously, handling stroke is going to be a bit different from handling Vestibular.

In any case, it’s VERY important that your dog be seen by a veterinarian as soon as possible in order to rule out anything serious and to get proper treatment. We had to wait several hours for a veterinarian, so we made Paul as comfortable as possible … keeping him still, talking soothingly to him, caressing him and never leaving his side.

That being said, if it is determined that your dog is suffering from the “Idiopathic” version of Vestibular (Old Dog Disease), treatment can usually be done at home. In Paul’s case, he was given medication to ease the symptoms of nausea and dizziness, and he was given fluids by IV for a short time as he had vomited so much. Lucky for us, our veterinarian came to our home the next morning and took care of all these things for Paul.

MORE CAUSE FOR CONCERN

Here’s the thing, our little family lives quite in the middle-of-nowhere. In our area, most veterinarians are more concerned with the health of the local livestock and tend to take a no-nonsense approach to treatment. Simply put, they can be a bit rough around the edges. Does your dog’s symptoms match dog stroke symptoms? Chances are, your dog will be diagnosed as having had a stroke. This was (almost) true in our case. But luckily, I had managed to get in some solid research in the hours before we could finally reach a veterinarian.

The veterinarian who visited us the next morning indeed diagnosed Paul as having had a stroke. The vet went so far as to tell me that I ought not hold out much hope for him … at least not yet. Looking sadly at my dog, the vet then asked me if I wanted to treat him or to make a more “final decision.”

Admittedly Paul looked a wreck, and to anyone lacking knowledge about Vestibular, might have thought him to be on his last legs. However, my husband and I had a lot of hope and were already convinced that it wasn’t a stroke at all. So, I asked the vet to give him something for the nausea and dizziness. She obliged. She even returned the next day to give him some fluids by IV.

In the end, we had refused to give up hope or to assume the worst. However during my research, I discovered cases of other folks having their dog put down believing it was stroke and that there was nothing more to be done.  Maybe that sounds extreme on the dog-owner’s part, but it’s difficult to judge unless you’ve been in their shoes. One thing for sure, we dog owners often put a lot of trust in what our veterinarian tells us.

ONE AND A HALF MONTHS LATER 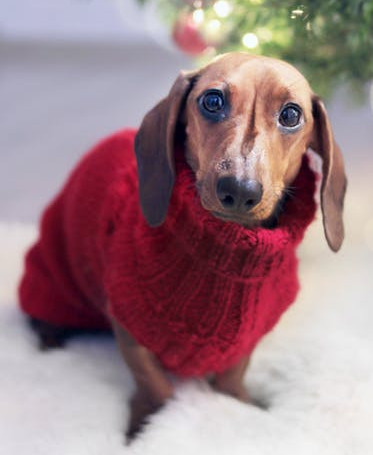 Paul is doing great! And unlike some cases, he has lost all signs of any head tilt.

It took him about 9 days to recover. Part of his recovery involved having to carry him outside and hold his rear end up so he could relieve himself, giving him water through a syringe, laying down pee pads because of his many “accidents,” and several days of sleeping beside him on the floor. But, we gladly do these things for our fur-kids, don’t we?

I have learned that the trauma of this night has also had a couple of unforeseen positive aspects.

Certainly, Paul’s recovery was the best Christmas present ever!

I hope you’ve found this article to be helpful. If you have any comments or questions, please leave them below. I’d love to hear from you!

8 thoughts on “Did My Dog Have a Stroke … or Is It Something Else?”